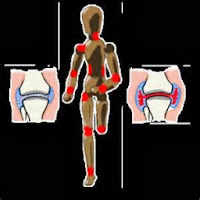 The mechanical environment in which a cell finds itself can have a significant impact on its development. Understanding precisely how mechanical forces can be harnessed to direct the fate of a cell is an area of intense research, with tissue engineering heralded as a potential means to treat disease and injury. In a recent review published in Stem Cell Research & Therapy, Christopher O’Conor, Natasha Case and Farshid Guilak from Duke University Medical Center, USA focus on the latest findings into how mechanical stimuli may be used to produce and enhance tissue engineered cartilage replacements for the treatment of osteoarthritis and other articular cartilage diseases. These replacements need to meet several demands that are placed on diarthriodial joints such as the hip and knee joints. Not only must they withstand the stresses of the mechanical environment but they must also  distribute loads across the surface of the joint and allow for a near frictionless movement across the tissue surface during joint articulation. In an effort to meet these demands, new avenues of research have opened up, such as the use of multifactorial bioreactors and the roles of individual biophysical factors. Christopher O’Conor explains more about this growing field and the insights drawn from their review.